Posted: April 08, 2018 Under: Algorithm By admin No Comments

In graph theory, the shortest path problem is the problem of finding a path between two vertices in a graph such that the sum of the weights of its constituent edges is minimized.

For a given vertex called the source in a weighted connected graph, Dijkstra’s Algorithm can find the shortest paths to all the graph’s other vertices. This algorithm is applicable to both undirected and directed graph, but it’s subject to graph with non-negative weights only. 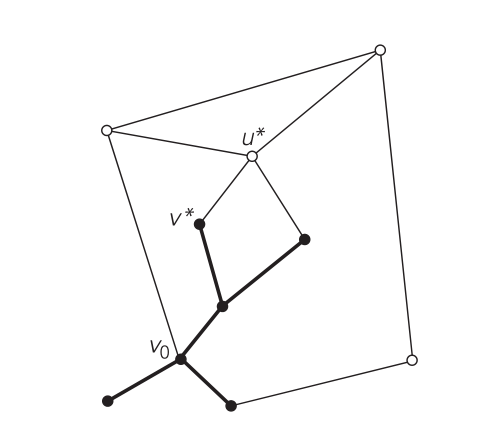 Since all the edge weights are non-negative, the next vertex nearest to the source can be found among the vertices adjacent to the vertices of T_{i}. The set of vertices adjacent to the vertices in T_{i} can be referred to as “fringe vertices”; they are the candidates from which Dijkstra’s algorithm selects the next vertex nearest to the source. (Actually, all the other vertices can be treated as fringe vertices connected to tree vertices by edges of infinitely large weights). To identify the ith nearest vertex, the algorithm computes, for every fringe vertex u, the sum of the distance to the nearest tree vertex v (given by the weight of the edge (v, u)) and the length d_{v} of the shortest path from the source to v (previously determined by the algorithm) and then selects the vertex with the smallest such sum. The fact that it suffices to compare the lengths of such special paths is the central insight of Dijkstra’s algorithm. 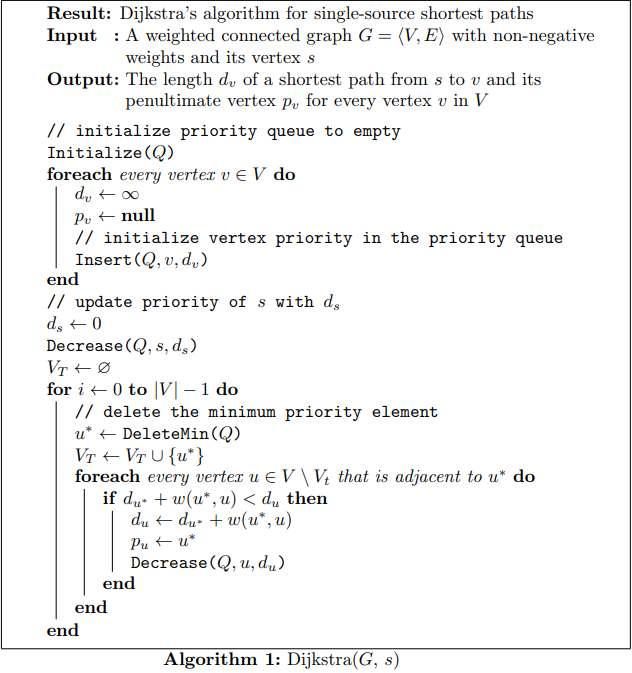 If graph G has no negative cycles, then there is a shortest path from s to t that is simple (i.e., does not repeat nodes), and hence has at most n-1 edges. 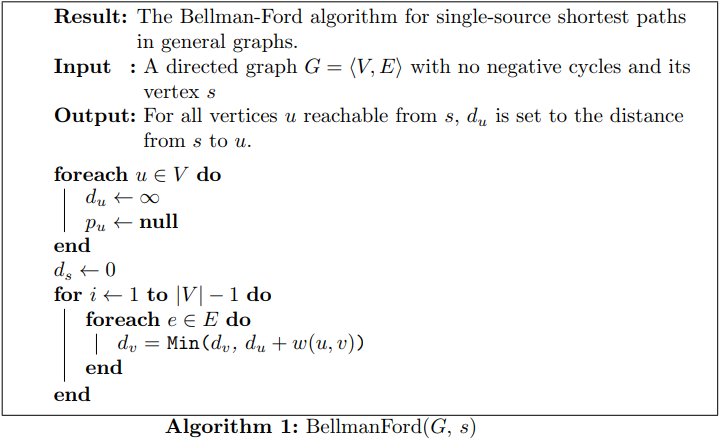 Folyd-Warshall algorithm can finding shortest paths in a weighted graph with positive or negative edge weights (w/o negative cycles). 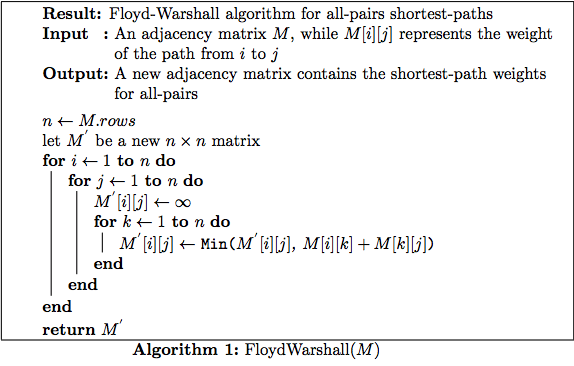